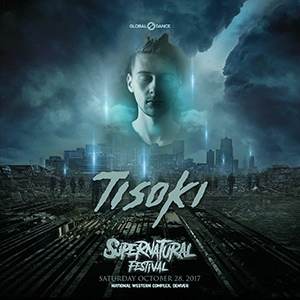 Bradley Edwards, better known as Tisoki, is a young dubstep producer raining from the town of Norwich, England. Having been signed to many labels such as OWSLA, Never Say Die, Buygore, Disciple Recordings, Ram Records, Armada and many more, Tisoki is climbing the ladder of dubstep quicker than most with his unique approach to production. Tisoki has made himself stand out as he keeps his palette of sounds fresh and and his style constantly changing. Tisoki’s unique blend of anything from dirty basslines to emotional melodies has allowed him to create both great dancefloor anthems as well as melodic electro style beats. Tisoki has also collaborated with other popular up and coming dubstep stars such as Oliverse and Spag Heddy and has released over five hit singles and remixes in the past two years alone. This year has been a particularly special year for Tisoki as he released his latest single, “New Wave,” along with his first headlining tour here in the states. Tisoki may be young, but he is without a doubt a force to be reckoned with in the dubstep game.