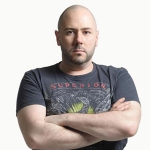 Antonio Donà a.k.a. Tuneboy was born in Bologna, Italy. At the beginning of the Nineties, Antonio bought some equipment, a couple of records and started practising. His natural talent emerged quickly: in 1995 he produced his debut single titled ‘Integrated’ under the alias Wide World. Just one year later, Antonio gave his first live performance at the legendary Cocoricò club in Riccione, Italy. In 2000, Antonio joined the Alternative Sound Planet production team where he met Cristiano Giusberti a.k.a. Technoboy. Together they became the pioneers of a new energetic sound today known as Hardstyle. Antonio became the man behind one of the most successful projects Hardstyle has ever known: Tuneboy. This project has always been a special one: he put his heart, soul and passion into Tuneboy. The hit track 'Housensation' was the first of a string of successes. Dancefloor fillers like 'Demolition', 'Sexbusters', and ‘I Will Growl' followed and turned on hardstyle lovers all over the world. 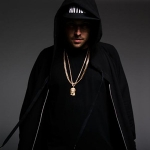 San Francisco-based producer, Antiserum, is a permanent fixture atop the cresting wave that is forward-thinking bass music. Over the years, his inventive and ever-evolving style has landed his records on many of dance music's leading imprints including OWSLA, SMOG, Firepower, and Never Say Die, in turn gaining earnest support from every heavyweight of the genre including Skrillex, Diplo, Bassnectar, RL Grime, 12th Planet, and countless others. From hip hop-inspired highlights like "Brick Squad Anthem" and "Trippy" produced with longtime collaborator, Mayhem, to the cutting edge sounds of his most recent single "Boom" with Tha Trickaz and Snails collab "Wild", Antiserum's sub-heavy output has continually pushed boundaries in bass music with voracious creativity.

As with every year, 2015 saw Antiserum bringing his electrifying sets around the globe, hitting nearly 40 cities in the US with Crizzly from January to May before touring in Australia and New Zealand over summer. After a few months locked away in the studio, Antiserum will be hitting the road once again this Fall with his pal Mayhem, embarking on his first-ever headline tour where he'll premiere all of the new material he's been making this year. 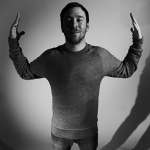 Chart topping, dance floor rocking, and taste making come naturally to Atlanta based DJ and Producer Mayhem. With over 15 years in the studio and the decks, he has garnished the attention of the heavyweights in every genre of his focus. Rooted heavily in Drum & Bass music, and with a discerning ear, Mayhem found himself making big moves from an early age. From releasing records for Andy C, TeeBee, Dieselboy, Noisia, and Black Sun Empire to DJing across the world for massive crowds in Japan, Australia, New Zealand, Europe and beyond; he has warranted a reputation for diversity and quality control. Collaborating with artists such as Noisia, Heroes x Villains, FKi, Le Castle Vania, Antiserum, Phace, Evol Intent, Sinthetix, Gein and Gridlok amongst many others, his production soared to new heights with "Exodus (featuring the legendary KRS-1)", "Moonway Renegade", "Choke", and most recently a crossover album for Diplo's Mad Decent Label "Transformers In The Hood". Boundless inspiration pushed Mayhem to pursue Dubstep in it's formidable years, immediately signing with the reputable Subway Records as well as SubHuman and Smog most recently. As of late his focus has been brought back to home on the forefront a movement combining Trap music with Dubstep, in addition to maintaining a healthy output of Drum & Bass, while working with Rap artists such as Tyga, Gucci Mane, Travis Porter, and Trouble. His club nights Transit, Fuck Yesss, Heavy, Haute Mess, Tambor Y Bajo, Service as well as regular events under Atlanta Dubstep have helped reshape Atlanta's nightlife. No matter the genre, you are guaranteed a diverse set with attention to detail and a healthy respect for dynamics and balance. This is Mayhem. 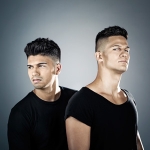 Track after track, dance floor hit after dance floor hit, VINAI is simply killing it in the industry and maintaining their spot at the top. - damnthatsepic.com

Italian brothers Alessandro & Andrea Vinai are two producers that joined forces in 2011, conquering the worldwide scene with fierce progressive and catchy house grooves, known as ‘big room bounce music’. Definitely a name for the future, VINAI is only making bigger waves these days.

Born in Brescia the two brothers Alessandro (1990) and Andrea (1994) initially work on their own music. In 2011 they join forces and make their way into the studio, two years later resulting in their signing with Time Records to release the bomb track ‘Hands Up’ which receives support from top international artists like Tiësto, Showtek, DVBBS, MAKJ, Nari & Milani, Deorro, Quintino, Deniz Koyu and Danny Avila. What follows is their remix for Don Diablo, the Axtone release called ‘Starlight’ which is played by DJs like Sander Van Doorn, Pete Tong, MAKJ & La Fuente. 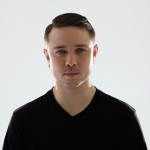 Borgeous is no one-man army; he’s got fans, better yet, an army from all around the world standing behind him and his music. - damthatsepic.com

For the last two years, BORGEOUS has had an astronomical rise to fame. The LA-based Platinum recording artist and DJ/producer is quickly making waves in the scene and has already accomplished three Billboard Dance Radio Top 10’s, three Beatport #1’s and a #1 on the iTunes Dancechart in 15 different countries. His keen ear and innate talent to produce a provocative, textured sound have made people take notice.

His biggest hit to-date “Tsunami” is exactly as its title suggests as the hit single wrecked bars, clubs, festival stages and radio stations around the world, gaining BORGEOUS international acclaim. It reached #1 on iTunes in 15 different countries, #1 on Beatport, received an EMPO Award for ‘Track of the Year’ and was nominated for the Juno Award ‘Best Dance Recording of the Year’. In 2014, he reached the top 10 on Billboard’s Dance Radio chart not just once, but twice with “Invincible” and “Wildfire”. “Invincible” also became the #2 Song of 2014 on SiriusXM’s BPM Radio and Wildfire was #14. BORGEOUS' remix work is no less impressive. He was recruited to remake Afrojack's lead single featuring Wrabel, "Ten Feet Tall" for Universal Music as well as Ariana Grande's "One Last Time". It was in this year that SiriusXM gave him a residency and picked up his extremely successful weekly podcast “House of Borgeous”. He was also ranked in DJ Mag’s Top 100 DJs at #87. His production prowess combined with a wicked DJ aptitude makes for an unparalleled performance.