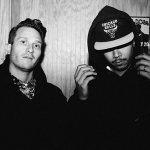 This New Years Eve, Global Dance invites you to dip your ears into pure grime and rolling bass because Flosstradamus has been added to the Global Dub Arena at Decadence NYE!

The current kingpins of Trap, Flosstradamus are a Chicago-based duo that have recently been creating massive momentum in the dance music circuit with their hard-hitting anthems. They originally started by hosting parties in their hometown, creating dancey mashups of well known songs that got the dance floors shaking and quickly made them local favorites. It wasn't long before their remixes gained them national notoriety and they began playing at major clubs and festivals across the country.

In February, Flosstradamus released their 'Total Recall EP', which set them apart as one of the next big things in dance music. Their productions, such as their remix of Major Lazer's 'Original Don', have since been in heavy circulation in clubs around the world. Flosstradamus' most recent EP, 'X☢', has caused a huge stir in the industry, combining elements of trap and hardstyle to break a completely unique sound. Their sets have been described as 'post-apocalyptic' trap, bringing a primal energy to the decks to induce a party-rocking vibe. Expect a serious dance party when this duo takes over the Global Dub Arena at Decadence NYE!

Tickets for Decadence NYE are now on sale! The first allotment has already sold out, so we encourage you to purchase yours soon before the next allotment runs out and prices increase. 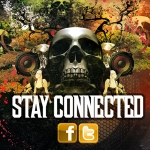 Don't miss out on any of the freakn' festivities at Hallowfreaknween! There are plenty of ways to stay connected with us all night long.

Follow us on the Triad Dragons Facebook Page , Triad Dragons twitter , and Triad Dragons Instagram (@GlobalDanceUS) where we will be posting live updates, photos, and videos throughout the haunted evening. We encourage you to keep us updated by interacting with us before, during, and after the festival. Make sure you use the hashtag #Hallowfreaknween in all your tweets and Instagram photos!

We can't wait to freakn' see you! 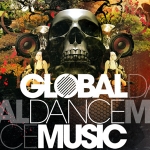 To help you get ready for all five stages of music at Hallowfreaknween, we compiled tracks from artists playing at the show available for free download on globaldancemusic.com! These tunes are perfect for your drive to Hallowfreaknween! You may even discover a new artist you can catch on Saturday! Enjoy! 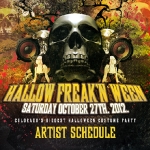 In less than two weeks, we invite you to step inside our mausoleum of music and succumb to 5 stages of haunting beats at Hallowfreaknween! We don't want you to have the nightmare of missing your must-see artists, so we have concocted an artist schedule to guide you through the night. 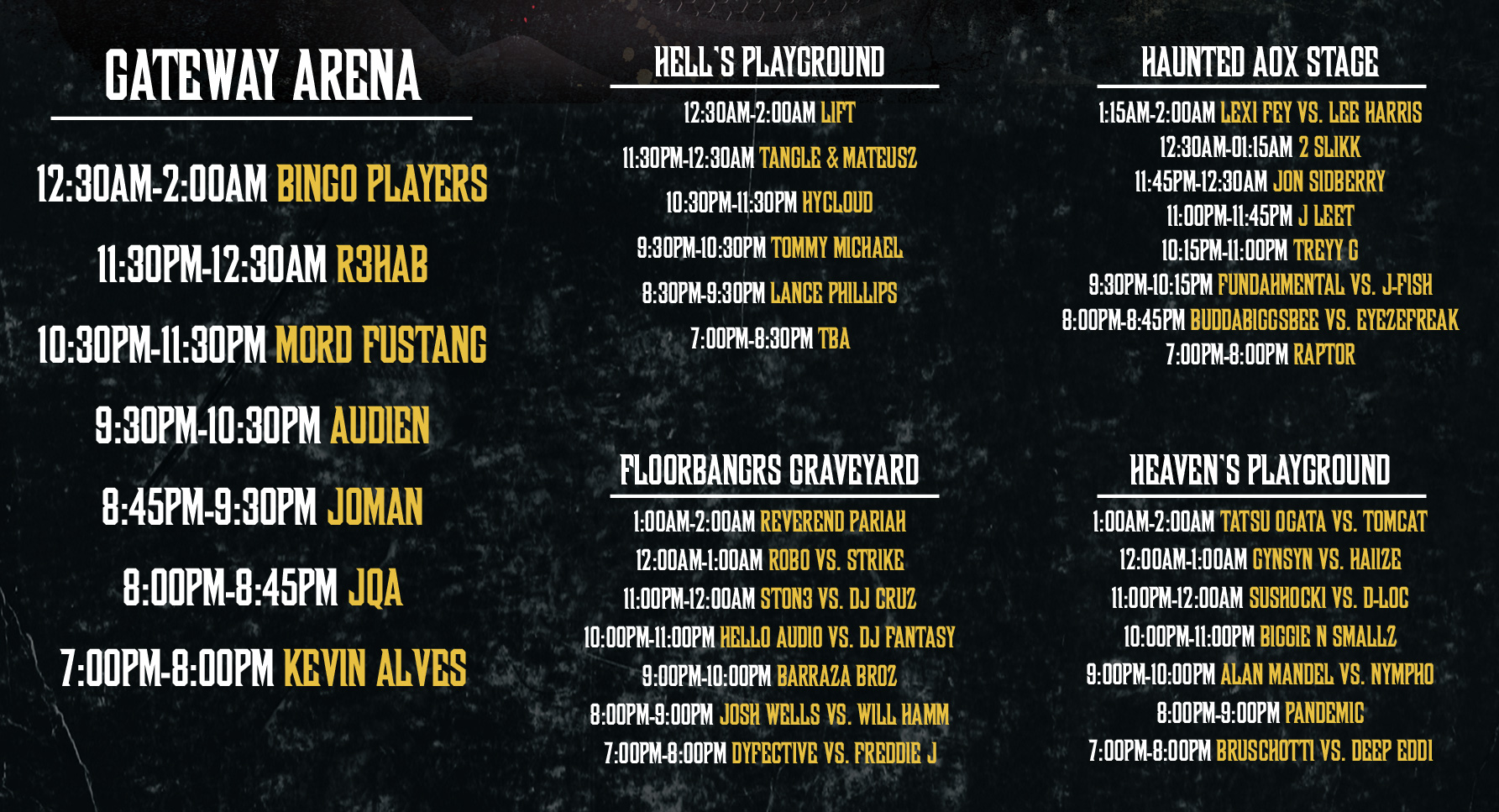 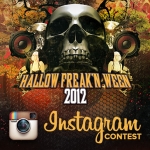 Hallowfreaknween is 9 days away! Do you have your freak'n costume? We're launching an Instagram costume contest to give away 2 pairs of tickets to the show!

To enter, upload a photo of your Hallowfreaknween costume to Instagram and tag @GlobalDanceUS and #Hallowfreaknween. The theme this year is Gateway To Heaven & Hell but your costume does not necessarily have to fit the theme. Make it creative, make it fun, and you might just Instagram your way to a free pair of tickets!