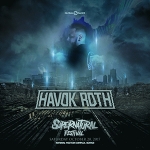 Having moved from Venezuela to Miami at just 10 years old, it comes as no surprise that Julio Nunez, better known as Havok Roth, found a love for the art of music and rhythm at a young age. Starting his career off as a kid, Julio became fluent in both guitar and piano, while also dabbling in other instruments such as bass-guitar, drums, and even a little bit of harmonica. These skills sets paved the road to his passion for EDM and later laid the groundwork for a diversified artistic pallet. As Havok’s musical talent grew, he quickly learned the art of genre bending and pushing the limits within the electronic field, creating unique blends of heavy bass, punk rock, intricate melodies, and R&B. Not long after the start of his career, Havok Roth started landing releases with artist labels such as Steve Aoki’s imprint Dim Mak, Mad Decent’s Good Enuff, Fool’s Gold and Elysian Records as well as being apart of the notable Daruma collective. Havok Roth is paving the way for up-and-coming producers with his organic sounds filled with textured rhythms and bellowing 808’s and we guarantee he is not something you want to miss out on! 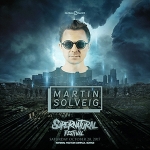 French producer, singer-songwriter, and multi-talented DJ, Martin Solveig, reigns as a true classic in the music industry. Previously collaborating with an array of exceptional artists, such as The Cataracs, Madonna, Kyle, and more, Solveig’s production is crisp, unique, and never fails to bring the life to the party. Starting his music career as a singer in the Paris Choir Boys, Solveig developed a passion for music and by the age of 18, he had learned to DJ and started playing small local shows in the Paris area. By 2009, Solveig caught everyone’s attention as he released one of his most popular albums he has ever created, “Smash.” Tracks such as “Big in Japan” and “Night Out” climbed EDM and Pop music charts and were featured in an abundant amount of films, commercials, TV shows, and more. During this time, Solveig also pioneered his own record label, Mixture Stereophonic, and has signed artists such as Claude Monnet and ND Catani. Currently, Solveig has released numerous singles since 2013 and has continued to headline his own shows all over the globe, as well as climbing charts with his latest collaboration with ALMA, “All Stars” that he released just a few months back. As he has throughout the decades of his career, there is no question he’ll pump The Immortal Arena energy full of synthy sounds at Supernatural 2017! 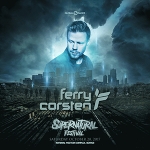 Netherlands native Ferry Corsten has proven himself as a pioneer of the dance music world. Coming out of the underground scene in 1989, long before some of his most devoted fans had even been born, Corsten has become a phenomenon of the trance community. Since the early 2000s he’s relentlessly released tracks, the styles of which fall dually under the progressive house and melodic trance umbrella. Dominating stages at some of the world’s most attended festivals including Ultra Europe, Tomorrowland & Electric Daisy Carnival among countless others, Corsten’s diverse range of sonic masterpieces have the ability to capture enormous audience’s hearts in a matter of moments. We can’t wait for him to capture our gaze this Halloween at Supernatural Festival 2017! 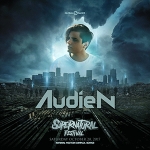 Mystic, Connecticut born producer Nathaniel “Nate” Rathbun, better known as Audien, has been killing the game of electro and progressive house! Audien’s progressive pop renditions and edgy basslines produce beats that combine tantalizing builds and hard drops, leaving his fans begging for more. With numerous collaborations and support coming from artists such as Armin Van Buuren, and later major acts like 3Lau and Zedd to name a few, fans quickly turned to Audien, and not soon after, the Connecticut star began playing major festivals and clubs all over the US. Around 2014, Audien was picked up by fellow headliner & Dutch Producer Ferry Corsten’s label, Flashover Records and shortly after signed with Astralwerks, which have supported dozens of top artists such as Sia, Deadmau5, David Guetta, Porter Robinson and more. Audien may be young, but this producer’s beats are layered with textures that exude euphoria that we can’t wait to be graced with at The Immortal Arena! 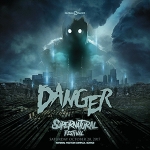 Franck Rivoire, french producer and DJ, has created one of the most unique appearances we’e seen in awhile. As a child, Danger grew up sitting in front of a computer by himself the majority of the time. There, he learned about music playing video games. As his love for the music and games grew, the more he found himself twisting and combining elements from the two to create a unique genre of electro house/cold pop he could call his own. In 2007, Danger his debut EP, “9/17” that featured 3 original tracks as well as 2 remixes. By 2014, Danger released dozens of other remixes and singles, and was signed to a major EDM record label, 1789 Records. Today, Danger is touring with some of the biggest artists in current demand such as Allison Wonderland, Party Favor, and Quix, as well as headlining many of his own events in France and other European countries. Danger’s dark atmosphere is a rare experience you will not forget, so make sure to give him a warm welcome!