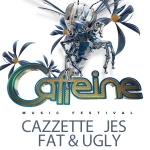 Colorado's biggest spring break party just got bigger! Cazzette, Jes, and Fat & Ugly have been added to the Caffeine Music Festival lineup, in addition to a massive collection of Colorado's best locals. We hope you're ready to dance all night long with 6 stages of music and thousands of spring breakers!

Cazzette
Cazzette, made up of 17 and 21-year-old Swedes Alexander Björklund and Sebastian Furrer, is the next artist to be taken under the wing of Ash Pournouri of At Night Management, the same person who is responsible for launching Avicii into legendary stardom. In less than a year, their incredible remixes and bootlegs have gained them international recognition. In fact, one of their first performances was at Skylab 2011 and they are now playing main stage at major festivals around the globe including Ultra and Tomorrowland. Cazzette delivers a unique sound that combines elements of European house music and uptempo dubstep creating a highly danceable sound that still has the banging bass drops you crave- enjoyable by house fans, bassheads and everyone in between. For a taste of what to expect, check out their remix of Swedish House Mafia's 'Save the World'.

Fat & Ugly
If you're looking for fat beats and heavy tunes, look no further than Berlin producer Fat & Ugly, who will be showcasing his exhilarating sound on the Magnolia stage at Caffeine Music Festival! In a short number of years, Fat & Ugly has been recognized for his delicious electro remixes, massive production skills, and ability to inspire anyone to burn some calories on the dance floor. With forthcoming releases on Ultra Records and collaborations with artists including TAI (of Boys Noize Records), something tells us this is just the beginning for Fat & Ugly. Listen to his remix of 'Interplay' to wet your appetite and get ready for Fat & Ugly to turn up the heat at Colorado's biggest spring break party!

Jes
Whether you've heard of Jes or not, chances are you've heard her intoxicating voice on countless chart-topping tracks from a-list trance producers including Tiesto, BT, & Armin van Buuren. She first skyrocketed to international fame after teaming up with Gabriel & Dresden to form 'Motorcycle' in 2003 and subsequently releasing the Billboard No. 1 single 'As The Rush Comes'. She has since been signed onto Tiesto's Black Hole Recordings and released a series of acclaimed solo albums. As the voice behind countless trance producers, Jes is a major driving force in dance music and we are very excited to experience her incredible voice and alluring stage presence at Caffeine! 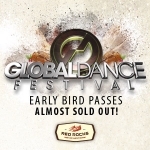 Early bird three-day passes for Global Dance Festival 2012 are close to selling out. We encourage you to take advantage of this opportunity to purchase tickets at the lowest price that will be offered. Once early bird passes sell out, no more tickets will be sold at this price point and the next batch will be released at a later date.

We are already counting down the days to the 10th anniversary of Global Dance Festival and are exciting to reveal the surprises we have in store for you! Stay tuned for more details and announcements. 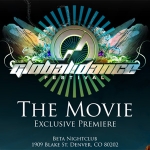 Enter The Sweepstakes
Watch The Trailer 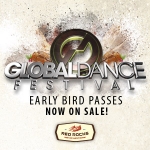 We are already counting down the days to Colorado's biggest, most anticipated dance music event of the year. Early bird three-day passes for Global Dance Festival 2012 are now on sale! Make sure you purchase your early bird pass before they sell out because this is the lowest price that will be offered. 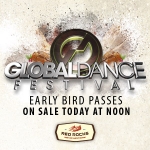 Don't forget that a limited number of early bird three-day passes for Global Dance Festival 2012 go on sale TODAY at noon MST. Take advantage of this opportunity to purchase tickets at the lowest price that will be offered. Once early bird tickets sell out, no more will be released at this price point and the next batch will be released at a later date.

We are very excited to celebrate the 10th anniversary of Global Dance Festival with three full days of electronic music at Red Rocks Amphitheater!