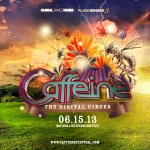 Many of you have eagerly been awaiting information about Caffeine Music Festival 2013 and today we are excited to share the details of this year's festival with all of you!

Launched over a decade ago, Caffeine Music Festival is Colorado's longest running dance music event that has paved the way for all other festivals in the state. As Colorado's original dance music massive, the success of this legendary party has been one of the key components in the development of the state's thriving dance music scene. Over the years, it has grown immensely in size, bringing together thousands of beautiful people each year.

Since its inception, the focus of Caffeine has always been to bring the scene together at a massive party once a year. This year, we want to enhance this concept even more to unite more people than ever before. This is why he have decided to join forces with our friends at Floorbangrs to bring you the most over-the-top Caffeine you have ever experienced. This year, we bring you Caffeine: The Digital Circus.

Joining forces with Digital Circus will allow us to bring you the most incredible production and headliners possible for this very special festival. It is the next evolution of Caffeine and a celebration of how much our scene has grown throughout the past decade. Moving the date closer to summer allows us to make Caffeine an indoor/outdoor festival so you can witness incredible outdoor production while you dance in the warm summer weather. Caffeine: a Digital Circus will feature 5 stages of music across a fully themed indoor/outdoor venue complete with circus performers, fire acts, jugglers, games, bounce land, 21+ bars & more! As an added bonus, this year Caffeine will be more affordable than ever with tickets starting at just $20!

Caffeine: The Digital Circus will feature:
Micro // Shogun // Heatbeat // Schoolboy
+many, many more!!

Get ready for the biggest, most extravagant Caffeine Music Festival yet on Saturday, June15th! 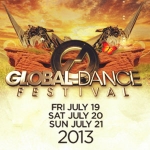 The response to this year's Global Dance Festival has been incredible, with 3-day passes selling out faster than ever before. We know you're all excited to find out who else will be playing, so today we have a few more artists to announce for each day!

Friday, July 19th:
Signal Path
Are you ready for an introspective experience on the dance floor? Signal Path contorts electronic music, masterfully blending technology with live instrumentation to create a uniquely powerful sound. Their beautiful yet intense live shows incorporate everything from guitars and basses to mandolins and the bajo quinto to deliver unrelenting rhythm combined with massive low end production. Brace yourself for depth and intricacy of sound when Signal Path brings their incredible live show to Global Dance Festival day 1! Be on the lookout for their new EP released this Sunday, April 21st.

Sorne
Become engulfed in the otherworldly artistic performance of Sorne. Referred to as 'theatrical creativity at its finest', Sorne is a powerful encapsulation of mankind's primal facets and over-the-top visual artistry. With tribal influences, the 3 piece band incorporates poly-rhythmic drumming, mysterious folk songs, technical guitar work, all powered by raw, animalistic emotion that will truly blow you away. The performance itself tells the story of 5 siblings reacting to the death of their father, represented through an authentic, twisted, deeply textured abstract performance. For a better idea of what to expect at Global Dance Festival day 1, check out this video.

Saturday, July 20th:
Carnage
Bursting into the scene just a few years ago, Carnage is quickly cementing his position as Fool's Gold's next heavy-hitter. Slicing and dicing electro, hip hop, pop, and trap, Carnage creates an intoxicating sound that smashes dance floors everywhere he goes. His diverse palate of party-rocking bangers have gained him notoriety from artists including A-Trak & Hardwell, and he has collaborated with the likes of Kaskade and The Cataracts. A monster behind the decks, his performances are a recipe to rage to, injecting enough energy to shake the very core of Red Rocks. Just check out 'Bang' to see the incendiary drops Carnage creates.

K Theory Live
In the past few years, K Theory have made a huge mark in dance music, crafting incredible original sounds loaded with emotional heft, rupturing baselines, and a unique broken beat technique. They have topped charts with tracks including '18th Century Gangster' and 'Glith & Blues', and gained notoriety from artists such as Gareth Emery & DJ Fresh. Their performances are described as 'high energy explosions of sound', harnessing an unshakable momentum you have to see for yourself to believe. Be on the lookout for K Theory in 2013- and witness their LIVE performance at Global Dance Festival day 2!

Sunday, July 21st:
Baauer
In the past few months, Baauer has had a meteoric rise to fame and has become undoubtedly the most well known trap producer in dance music. The man behind international super hit and viral YouTube craze 'Harlem Shake', Baauer brilliantly integrates the raw energy of southern hip hop and deep underground bass to rock the dance floor all over the world. Just listen to 'Dum Dum' and his remix of Flosstradamus' 'Roll Up' and it is easy to see why he is rapidly rising the ranks in bass music. Get ready to do the Harlem Shake with Baauer at Red Rocks for Global Dance Festival day 3!

RL Grime
On the forefront of trap music, RL Grime has introduced a completely new sound that is quickly becoming the future of electronic music. You might know him by his electrohouse moniker Clockwork, a master of the bass-heavy big room sound, but he has recently been receiving worldwide acclaim for his RL Grime productions & remixes including 'Mercy' & 'Grapes Alla Vodka'. We can definitely expect huge things from this young producer in the next year, and you can see him first doing a B2B set with Baauer at Global Dance Festival day 3!

Summer is quickly approaching and before we know it, we'll all be global dancing together beneath the stars at Colorado's biggest and most highly anticipated dance music event of the season! Make sure you purchase your single day tickets before they sell out too. 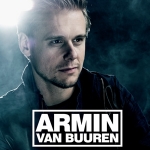 Announcing Armin van Buuren at the Fillmore on May 8th!

Global dancers: we have heard your requests and have worked hard to bring the #1 DJ in the world to Denver- Armin van Buuren.

Arguably the most in demand DJ in the world, Armin van Buuren has singlehandedly changed the face of dance music with his prolific output of top-notch tracks, A State Of Trance podcast, Armada record label, and unparalleled performances. Perpetually recognized as the greatest DJ in the world, he is a master of the decks with the perfected capability of sweeping audiences into a state of absolute euphoria. He has not performed in Colorado since 2011, so we thought it was time to bring him back for a night of impassioned trance at the Fillmore on May 8th.

Tickets are already on sale and we expect them to sell out very quickly! This is your chance to witness one of dance music's living legends as we embark on a rare journey through sound with the one and only Armin van Buuren.

3-day passes for Global Dance Festival have sold out. We can't believe your enthusiasm for this year's festival!

Single day general admission and VIP for all 3 days are still available. Move quickly because prices for these tickets will go up as allotments run out.  We can't wait to Global Dance with all of you this July! 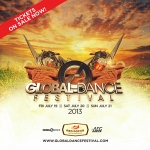 That was the biggest GDF on sale we've ever had, Colorado really wants to Global Dance!

The second tier of 3 day passes for Global Dance Festival are now on sale! The first tier sold out much quicker than we anticipated, so grab yours before these sell out. Make sure you make it into this year's video! Single day GA and VIP, as well as 3 day passes can all be purchased here: http://bit.ly/Yh5WXP