Global Dance Festival returns this July for another 3 days of global dancing!

More Information On The Festival 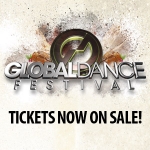 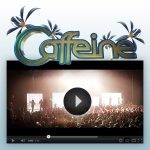 Since 2000, Caffeine has grown to be more than just a music festival, but an emblem of carefree spring break vibes and unforgettable memories. As Colorado's longest-running dance music event, it has paved the way for all other festivals in the state, yet still remains one of the most anticipated and cherished events in the Rocky Mountains. 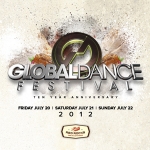 The 10th anniversary of the largest dance music festival in the Rocky Mountains will be packed with three days of world-class music, production, and global dancing. We are very excited to announce the first 3 artists for Global Dance Festival 2012!

Knife Party [Friday, July 20th]
In less than a year, Knife Party has become one of the most demanded acts in electronic music, pushing out banger after banger and releasing a series of slamming remixes. Their ability to inject serious electro bass into every tune they touch has allowed them to create a brand new sound that is taking the world by storm. They have been selling out shows across the globe and we are very excited for their first Colorado appearance at Global Dance Festival 2012!

Above & Beyond [Saturday, July 21st]
Above &  Beyond are without a doubt one of most renowned and respected artists in dance music. Known for their forward-thinking, uplifting productions, they have toured all over the world and set new standards of quality and innovation few DJs can achieve. Come be taken on an enthralling journey of sound when Above & Beyond takes over the decks at Global Dance Festival 2012!

Zeds Dead [Sunday, July 22nd]
Since DC & Hooks joined together in 2004 to form Zeds Dead, they have molded a unique, hard-hitting sound that fires up dance floors everywhere they go. They sold out two nights at the Ogden in November and now they're making their Red Rocks debut for Sunday of Global Dance Festival 2012! Prepare to be immersed in heavy bass lines and massive drops.

This is just the first three of many artists to be announced for Global Dance Festival 2012. Stay tuned for more artist announcements and details!

Tickets go on sale Wednesday, February 29th at noon MST. 3-day GA & VIP passes as well as single day GA & 3-day passes will be available at this time. Keep in mind that prices increase as allotments run out, so buy early and save! 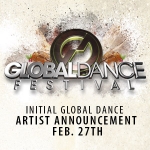 Early bird 3-day passes for Global Dance Festival 2012 are sold out! The next batch of tickets will go on sale Wednesday, February 29th at noon MST. 3-day GA and VIP passes as well as single day GA & VIP tickets will be available at this time. Keep in mind that prices increase as allotments run out, so buy early and save!

We hope you are as excited as we are for the 10th anniversary of Global Dance Festival! Stay tuned for more details and announcements.