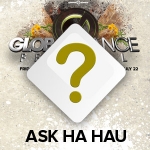 The main man behind Global Dance festival (Ha Hau) is opening himself up to answer your questions. This is your opportunity to ask anything you what to know.

Starting today, you can get the answers you have been looking for. 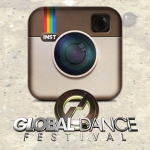 Capture an experience at a Triad Dragons or Global Dance event and share it with us for your chance to win a pair of tickets to a day of your choice of Global Dance Festival! Here's how to enter:

Two winners will be chosen on Thursday, June 21st to receive a pair of tickets to a day of their choice of Global Dance Festival on July 20th, 21st, or 22nd. We can't wait to see your photos! 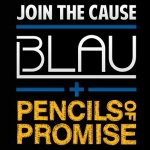 Giving Back With 3LAU

3LAU is a house music producer with a signature sound that tops chart all around the world and causes some serious destruction on the dance floor. In less than a year, he has gained massive notoriety including the #1 remix in Tiesto's 'Work Hard, Play Hard' remix competition, a top 10 Beatport release on the progressive charts, and sets at some of the biggest festivals around the world. He will be bringing his energetic sound to Red Rocks Amphitheatre on July 20th of Global Dance Festival!

Recently, 3LAU released his remix of 'Back To New' by Denver's own James Egbert and pledged to donate all the proceeds from the sale of the track to Pencils of Promise, an organization that builds schools in developing countries. He also committed to matching all purchases made with $2.50 out of his own pocket until the goal of $25,000 is met. He has already raised over 90% of the goal and is getting close to being able to fund the building of a school in Central or South America!

3LAU is a great example of how the electronic music community can come together to make a real world impact and help those in need. We encourage you to help 3LAU reach his goal by purchasing the remix here.

Learn more about the campaign and see some explosive live footage from 3LAU in this video. 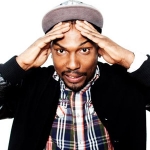 12th Planet has been added to Sunday, July 22nd of Global Dance Festival! Notorious for creating dance floor frenzy everywhere he goes with his hard smashing beats and insane basslines, 12th Planet is the perfect addition to the already killer Sunday lineup featuring Excision, Zeds Dead with Omar Linx, Kill The Noise, Dillon Francis, Adventure Club, Figure, Crizzly, and more. He was one of the first artists to bring the British dubstep movement to Los Angeles and is therefore recognized as 'America's King of Dubstep'. His sound has been described as deliciously sinister, a hungry beast stomping through a dark jungle. He is best known for his wild and unique performances that propel the genre to a whole new level. We invite you to experience a whole new galaxy of subsonic frequencies with 12th Planet at Global Dance Festival! 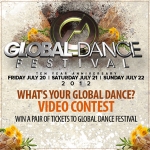 We're launching a video contest to give away 2 pairs of tickets to Global Dance Festival! All you have to do is upload a 60 second or less video showing us how you 'global dance' for your chance to win. We're not looking for anything specific- it is open to interpretation so show us something creative and fun. You can make up a 'global dance', submit a video from a past Global Dance Festival, make a video with your friends, or anything else you can think of- bonus points for originality.

The deadline to submit your video is Wednesday, June 6th. Voting and comments will be open until June 12th and a panel of judges will select the 2 winners, taking the votes and comments into consideration. If you submit your video through Facebook, please check your privacy settings and allow those you are not friends with on Facebook to see you videos, otherwise we will not be able to see it. We look forward to watching your videos and seeing how you 'global dance'!