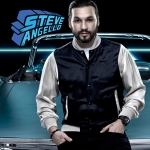 Steve Angello’s first big club hit, a remix of Eurhythmics' 'Sweet Dreams', propelled him to international fame in 2004 and his popularity continues to skyrocket.  Dance music fans know Steve for his ability to turn any tune into a dance floor banger - just listen to his much anticipated brand new original track “Yeah” or his remix of Robin S “Show Me Love” (produced in collaboration with Laidback Luke) and you’ll hear why his productions and remixes are dance-floor favorites. As the man behind Size Records, one of the most respected labels in the industry, Steve Angello has kick-started the careers of artists including Max Vangeli and AN21.

Steve Angello is also one-third of Swedish House Mafia (with Sebastian Ingrosso and Axwell); one of the biggest names in electronic music today. Since the summer 2010 release of their smash debut original production "One (Your Name)," Swedish House Mafia has continued to produce massive hits, such as “Save The World,” “Miami 2 Ibiza,” and “Antidote” (with Knife Party) and have toured all over the world, both individually and as a group. 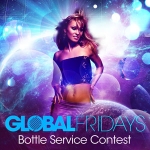 Team up with your friends for free entry to Global Fridays at the Church Nightclub- Denver's biggest Friday club night- and a chance at winning FREE BOTTLE SERVICE from Triad Dragons.

*Students from Colorado’s Universities can sign up to get free entry to Global Fridays at the Church by creating a team for the guest list for Global Fridays.

*The objective is to create the largest team on the guest list (maximum 200 people). The two teams who bring in the most people from their guest lists win bottle service from Triad Dragons.

*Contestants can create their own team, invite others to their team, or join a pre-existing team here.

*GOOD LUCK and GAME ON!

So far this week, we have announced Adventure Club, Krewella, Nadia Ali, and Figure for Global Dance Festival 2012. Today we are excited to announce Hardwell for Friday, July 20th!

As an added bonus, to reward our fans for being so patient this week, we will announce one more artist TODAY at 4pm!

Hardwell is one of the most successful breakthrough DJs of the past few years. Revered as a musical genus, he is the leader of a new generation of DJs that are embracing the eclectic sound. He was signed to a label when he was only 14 and his breakthrough dance floor hit was his bootleg of Steve Angello & Laidback Luke's 'Show Me Love' in 2009. Since then, he has remixed for some of the worlds top DJs including Tiesto, Laidback Luke, and Chuckie. He has also pushed out a handful of Beatport top 10 tracks including 'Cobra' and 'The World'.

Hardwell is is known for pushing boundaries and bringing a refreshing take on house music, creating his own trademark sound that earns him support from the world's top DJs. In 2012, he launched his own record label, "Revealed Recordings" that showcases his fresh and unique sound. His DJ sets are internationally renowned for incorporating exceptional technical skills and a wide variety of music. He recently toured with Tiesto and has been playing at all the big festivals around the world.

With his already illustrious career, it is incredible to think that this is just the beginning for 23-year-old Hardwell.

Remember to tune in again today at 4pm for another artist announcement for Global Dance Festival 2012! We are very excited to celebrate the 10th anniversary of GDF with you!

We're wrapping up our week of Global Dance Festival 2012 artist announcements with none other than Wolfgang Gartner!

In less than three years, Wolfgang Gartner has exploded on the EDM scene, with with eight #1 tracks on Beatport (including the best-selling track of 2009), a Pete Tong "essential new tune of the week" on BBC Radio 1, and a Grammy nomination. He got his start in electronic music at age 11 by syncing a drum machine to a keyboard via MIDI and teaching himself to DJ at age 12 with a 4-track tape recorder and 2 tape decks. After initially establishing himself as a Deep House DJ and gaining moderate success, in 2007 he adopted the moniker Wolfgang Gartner and switched to producing electro and tech house. The transformation helped him to creatively evolve his sound and he has since become recognized as one of the hardest working and most innovative artists in dance music.

With bangers like 'Space Junk'  and 'Illmerica', Wolfgang Gartner has injected a new element of creativity that takes his music to new heights.  “Right now, I feel like I have a responsibility to advance the genre,” he has said. “I have to come up with something completely new, that’s never been done before.” Wolfgang Gartner is known for surprising his audience, using rapid-fire samples mixed with solid hooks. He constantly experiments with his productions, meticulously creating unstoppable tracks that will throw you curves at every break.

Wolfgang Gartner will be part of the Saturday, July 21st lineup at Global Dance Festival 2012, joining Above & Beyond and Nadia Ali! 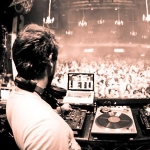 We are excited to announce another bass music heavy weight to join Zeds Dead and Adventure Club at Global Dance Festival 2012 on Sunday, July 22nd: Figure.

Although he has only been producing for a few years, Figure has quickly risen to center stage of the dubstep world. Hailing from a small town in Indiana, he is credited with putting the Midwest on the map for bass music. He is one of the most in demand artists in dance music and is his live performance skills are recognized as some of the best is business. His tracks, including his recent remix for Borgore's 'Flex feat. Shay', frequently sit on the Beatport top 10.

Figure is recognized as one of the most influential pioneers of drumstep, a genre that combines drum and bass breakdowns with sub-frequency basslines. He is known for crossing genres and incorporating unique sounds influenced by movies and video games into his bass-heavy productions. With his unique style and impeccable skills, many believe Figure is the future of DJing.

Figure has been bringing his exciting live performance to audience across the nation and he is getting ready to launch his first full-length album and label imprint DOOM this spring. This is your opportunity to experience the sounds of one of dance music's most promising rising stars.

Check out these videos for a taste what to expect:
-Aliens
-Must Destory
-Werewolf

Make sure you tune in again tomorrow at 1pm for our last artist announcement of the week!